The three most well known 2D fractal curves are probably the Von Koch curve, the Levy C curve and the Dragon curve. They are all generated from the same simple replacement rule of one oriented line segment with two in a v-shape:

The angle of the V-shape controls how rough the resulting curve is. At 60 degrees we get: 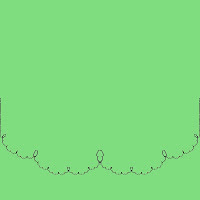 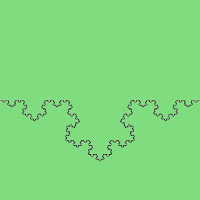 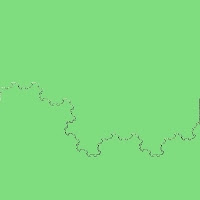 What doesn't seem to have been described before is that there are three other fractal curves from this basic construction. In fact, since an oriented line segment can be rotated 180 degrees, reflected around its length, or both, there are four options per child line, so 16 possible fractal curves. However many just give reflected or rotated versions of the same curve, leaving just six unique fractal curves. The remaining three curves look like this, for bend angle 30, 60 and 90 degrees: 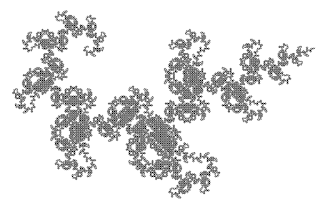 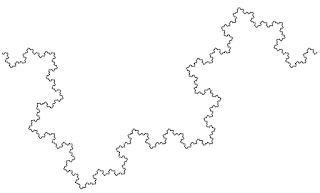 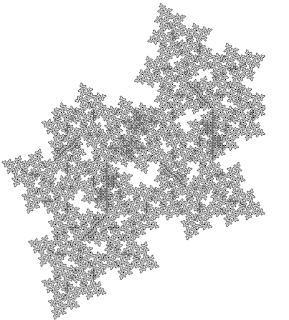 This has a critical point, just before it starts overlapping, at about 85.5 degrees: 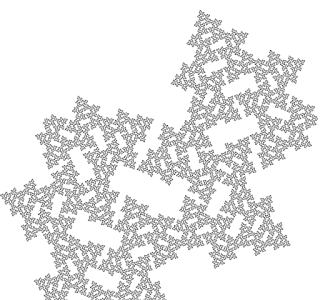 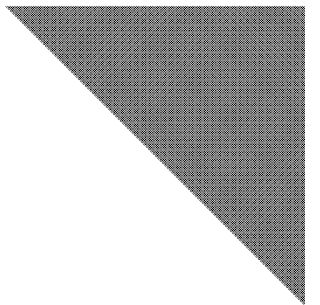 This last curve is especially interesting because, like the Von Koch curve, it curls into a solid triangle without any overlap, here is is at 85.5 degrees: 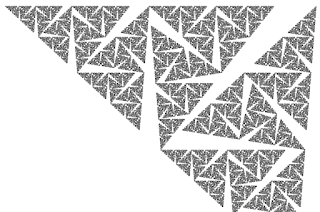